All Collections
Audience
FAQ
What are Parent and Child Cerkls?

What are Parent and Child Cerkls?

Written by Maria Steinberg
Updated over a week ago

A Parent Cerkl contains all the Audience information that a Child Cerkl pulls from to create a Subscriber list.

The following information about managing Child Cerkl Audiences will be split into three sections:

After clicking the Parent/Child icon, under the Managed tab, there are two available options for altering a Child Cerkl: Disable Control or Update Audience.

Managed vs. Not Managed Child Cerkl 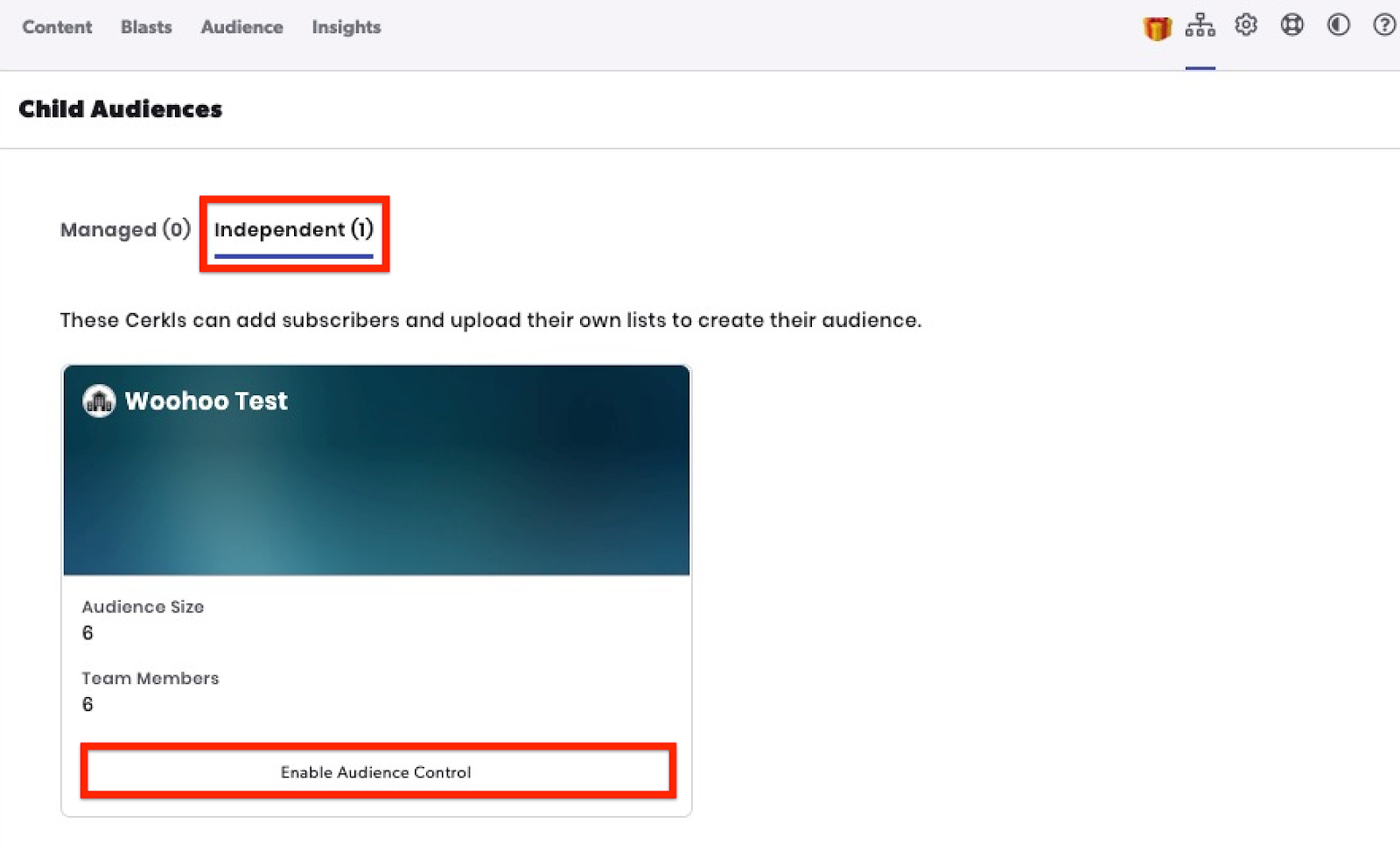 Note: If you Enable Audience Control after previously disabling, the current Audience inside of the Child Cerkl will be REMOVED. The Audience will be REPLACED by Subscribers inside the Segment you chose to connect to your Child Cerkl. Once the Child Cerkl moves back to "Managed," the Subscriber list can only be changed in the Parent Cerkl.

In order to add Subscribers to your Child Cerkl Audience, you will need to import the new Subscribers in your Parent Cerkl AND add them to the assigned Segment. Then, the updates will be made in the corresponding Child Cerkl.

Note: Your import will say successful if you click Submit, BUT no new Subscribers will be added to your Subscriber list.

If you have any questions at all, don't hesitate to reach out to us at support@cerkl.com or use the chat bot in the bottom right-hand corner of any Cerkl.com page for a quick answer.

Did this answer your question?